Greetings everyone. While we intend to do a more in depth look at WTF is happening in the greater cryptosphere – such as why we just got stopped out of most our trades, and why our ETH trade from earlier in the month is barely hanging on to the cloud on the USD side and will probably fall out based on the BTC pair… oh forget it we’ll hit that first (and quickly, very quickly), then move on to Litecoin – LTC.

Here’s WTF is happening with our ETH trade idea from earlier in the month. First, the ETH/USD pair is bumping on the bottom of the cloud on the daily chart. As the caption says, we need this daily candle to close in the cloud or the trade is done.

However, based on the ETH/BTC pair we think ETH/USD will likely fall out of cloud. The reason – ETH/BTC has now entered a bearish edge-to-edge trade. Uggh.

(Sidenote – Coinigy [the charting site we use] doesn’t show the timeframe or chart settings on the screenshots unless you have it explicitly expanded on the chart when you take the screenshot. Hence the reason the settings are not visible. So you will just have to trust us that this ETH/BTC on the daily.)

So we are preparing to be stopped out on our ETH/USD trade as well. And so it goes.

Litecoin (LTC) is also not looking so hot on the daily LTC/BTC cloud.

As the captions state – there was a bearish rejection of a bullish TK cross under the cloud which is really not a good thing. Sure the daily candle for today could print a dragonfly doji, but the cloud seems to think the trend is bearish even if it does. At least for now. However, the cloud works best in a trending market, not a trading market. And this seems like a trading market which is leaning ever more bearish.

RSI is showing something close to divergence. But it’s not a clear divergence with lower lows on price, but higher lows on RSI. So it’s mixed in our opinion.

On the LTC/USD chart things are saying basically the same thing.

Again, damn you Coinigy for not including the charts details. Dear reader, you will just have to trust us that this is the LTC/USDT daily from Trex.

LTC looks like it is going to print another bearish TK cross here, with price still below cloud.

If we were trading this, AND WE ARE NOT TRADING THIS, AND THIS IS NOT FINANCIAL ADVICE, we would be trading this triangle and waiting for price to break out of the triangle to the upside before putting in our trade while putting stops below the support line.

We also noticed something on the 4hour chart which is a bit of a stretch, we’ll admit. But we haven’t been sleeping much lately and squinting at a screen from across a room can make you see things which may or not be there. If it is there, it is a head and shoulder pattern. Which if it completes, and the pattern holds, we would expect a decent drop in LTC afterwards.

But WTF do we know anyway. Just check out our last post to see how wrong we were there on just about everything. Seriously pretty much everything. UGGH.

Well, the whole crypto space has broken down. And it is small comfort that our LTC TA was accurate. Here is how that played out.

LTC broke down out of the triangle it had been forming since March and is now taking a dive towards support around 0.01400ish. If it breaks that, 0.01300ish is the next support (all of these are very relative, we took the wrong screenshot and forgot to save it), then breaking that, watch out below.

That nasty head and shoulders on the 4 hour was confirmed unfortunately as well on the USDT chart. And we are plummeting. There is a distinct possibility of seeing $60ish again if we don’t find and hold support soon.

OK, BST out. Stay safe out there fellow crypto followers. It’s getting bumpy. 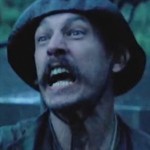